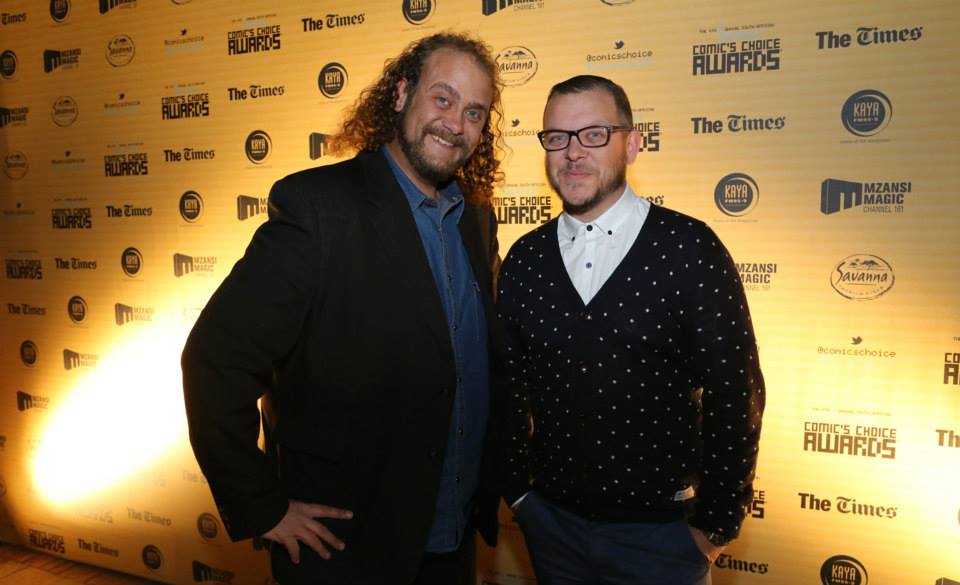 Review: The Comics Choice Awards. English may be dead. Long live the Vernac.

On Saturday I had the privilege of flying up to Johannesburg to attend the Comics Choice Awards at the Teatro Theatre at Montecasino.

It was quite the grand affair to be honest. Many of the comics putting on their best suits and what-nots and making quite the effort.  I wasn’t going to make it at first. Not for any reasons other than cost. Johannesburg is a fair old distance away and I was feeling quite happy being back in Cape Town. But I made a few calls and sorted myself out and I am glad I did.

Mango Airlines threw me a bone after the cock-up in November last year, that saw me missing the Synergy Festival after a ridiculous 12 hour flight delay.  So with a free return flight in my hand, I made my way up there.  My comedy buddy Melt Sieberhagen kindly offered to put me up for the night and fetch me from the airport.  We arrived after being in some horrendous Johannesburg traffic that I only assumed was due to some open-spot comic arriving on a horse drawn carriage or something. Comics be treating this like a matric dance yo.  I certainly don’t mean all.  Some folks looked like shit.  I am not fashionisat..but yassis. Make a plan.

The good people at @adidasOriginals made sure that I looked like a king with some fancy new threads. Now i’m not someone who knows how to dress to well without help (I mean I know how to put jeans on…Just not which jeans to put on…if you get what I mean) so coupled with the help of my most stylish of girlfriends, I ended up looking pretty damn dapper for such a fashion-o-phobe.

The only downside to the night was my getting a bit too drunk. I had a hangover the following morning that could have sank a ship. I was actually ready to postpone my flight and give myself over to a state hospital.  But less of that…and more of what happened on the night.

Actually I can’t remember much.

One thing that struck me was the high quality of the production.  It was pretty damn world class.
The opening from Jack Parrow and Ruffio Vegas was lame as all hell though.  But then again. I was there for the comics and not the musical interludes.  The quality of the projections was just next level and I really enjoyed a few of the sketches. Zombie Corne’ and Twakkie was hilarious….as was Chris Steenkamp and Robbie Collins.  I also really like the Thuli Madonsela sketch from the ZA News folks. Some of the others didn’t work as well, but there was on the whole a very good natured ribbing and high production level on all of it.

I am not someone who is proud of the fact that I cannot speak any of the African languages we have in this fair country. But then again I am not alone in this.  I had absolutely zero idea who the guy who won the Audience Choice vote was. But this was something that I was not alone in.
There was a guy there, who as yet I still don’t know his name. A white guy doing some hectic vernacular that must have been some of the most impressive language skills I have witnessed in some time.  But it went on.  And it went on….and on.

There is only so long a large portion of the audience can sit there and feel like they are either part of the joke or part of the problem.  Not being able to understand what was going on felt rather unpleasant.  But hey.

The awards themselves are made up of only a few categories.  Not exactly covering the industry as I think it could be.  Nothing is mentioned about club comedy. No awards for best corporate act. Nothing for mc’s. Nothing about One-man-shows etc.  I think (or rather hope) that there will be more awards added in years to come.

It was however thoroughly enjoyable and the after party at Parkers was pretty much the best time I have had with that many of the industry in one space.  If there is one thing that we can be proud of, is the scale and size of the comedy industry in South Africa at the moment.  Every year it gets bigger and bigger.  Im not saying bigger is always better. Sure there are some pretty self-indulgent and egotistical arseholes out there. But on the whole, the comedy industry is getting along just fine.  There seems to be less politics as it grows. Perhaps there isn’t the room any more for individual ego’s to carry as much weight as perhaps they used to.

The drinks were flowing, the folks were dancing, and comics were having fun.  There are always going to be a few folks moaning. But it won’t be me.

Well done to the acts that took the awards. There were no surprises. Everyone was deserving. Particularly proud of my guy Kagiso Mokgadi (Or KG as he is better known) for winning the Breakthrough Act award.  Baby Babyeeee  you deserve it.  There were many deserving winners, especially the guy who nobody knew who won the audience choice vote.  If you are prepared to put in the effort, buy a few hundred sim cards and get all your friends to vote…then you should win.

Fair and square buddy.  You deserved it.Whoever you are. 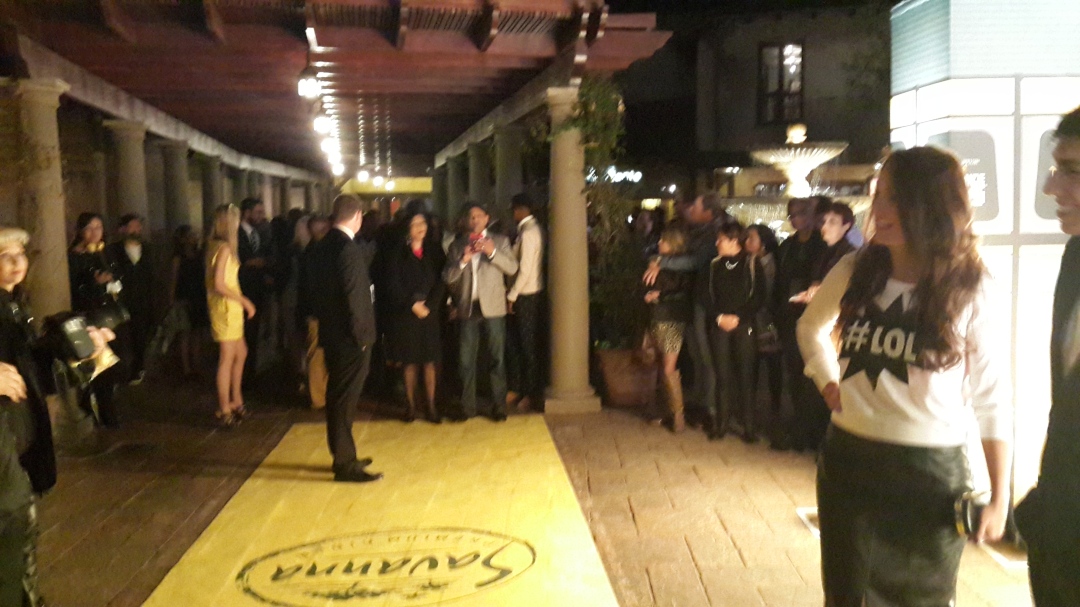 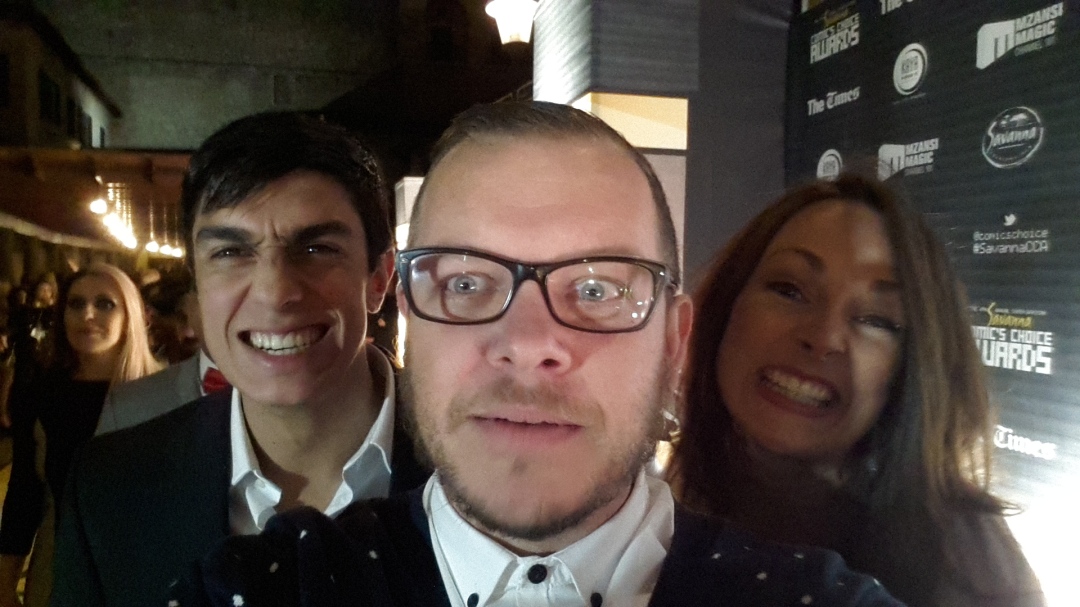 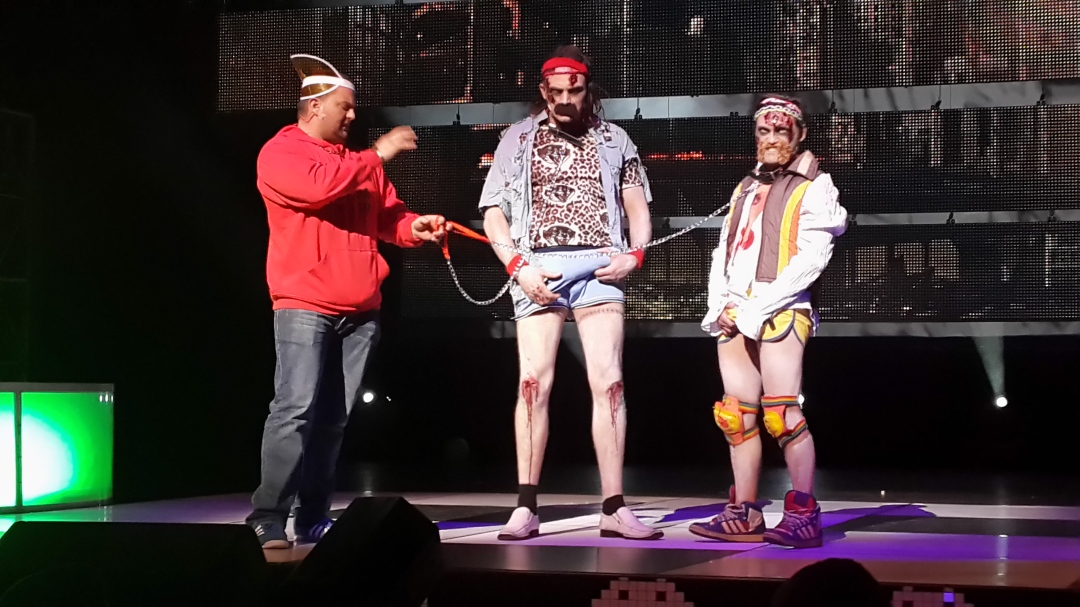